Baba Ubaid Ullah Durrani RA played an important role in the progression of Muslim Aligarh University. Muslim University Aligarh is one of the blessed educational institutes. It produced individuals who left huge impact on humanity. Nowadays, nation has forgotten those legends. Also, nation is unaware of the hardships faced by them and their efforts. Due to which, their efforts are going in vein. It is fact that whatever they did, they did for humanity.

Whenever nation is in need, Almighty Allah send His blessings in the form of humans for guidance. One of the blessing from Almighty Allah was Qibla Professor Ubaid Ullah Durrani RA. He served Muslim University Aligarh and Engineering Dept of Peshawar University. He also served as Homeopathic doctor. He is also a very know Sufi Saint from KPK. It will not be unjustified to say that he had a huge role in establishing Engineering Dept. in Aligarh University. Else, it was not possible without Qibla Baba Ubaid Ullah Durrani’s efforts. During his tenure in Peshawar University, university saw its golden days with limited resources. 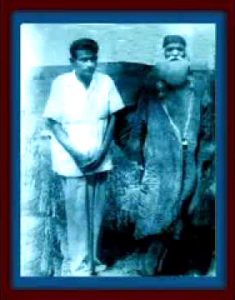 Baba Ubaid Ullah Durrani was an accomplished Engineer, Scientist and Homoeopathic doctor. Prof. Ubaidullah Khan Durrani devoted his life to social work. “Objectivize Yourself” , an advice he used to give, meaning the interests of one’s life should be outside his own self. That would bring everlasting and true happiness. He identified the shortest path to God was through his people. Find God in his people, by helping them, by caring for them and sharing their sorrows and happiness. The essence of Islam is in “Jamiat Bandi” i.e. establishing the bonds of love and selfless sharing between people. Baba Ubaidullah Khan Durrani greatly loved and respected The Prophet Muhammed (PBUH) He took the quest for Truth by following the path of Sufism. An exposure to poetry of R.Tagore at an early age triggered his interest towards the mystic life. He went on the path to self-discovery under the loving guidance of Baba Tajuddin Auliya of Nagpur India and later Baba Qadir Auliya of Qadir Nagar, Vijyanagram India.

The institute established by Sir Ahmed Khan, served for more than 50 years but still, it was financially weak. It was running on public funds donated by people. During those hard days, academic and administration staff were working very hard to make both ends meet. Qibla Baba Ubaid Ullah Durrani also joined them and worked without salary. During those days, Qibla Baba Ubaid Ullah Durrani worked hard to establish Engineering dept.

Muslim university was the target of non-Muslims at that time. They implemented physical test mandatory for everyone before joining Engineering College as faculty. Baba Qadir already informed Hazrat Durrani, so, he appeared for physical test. Beside many exercises, Hazrat Durrani was also asked to perform gymnastics. At that time, Qibla Baba Ubaid Ullah Durrani was experiencing severe medical problems.  He successfully passed physical test with the spirit gifted by auliya karam and buzurgan-e-Deen.

Qibla Baba Ubaid Ullah Durrani was the founder of QADIR NAGAR TRUST as well. He left us on 9th June 1990.

My life by Baba Ubaid Ullah Khan Durrani  R.A. is a journey to events of his childhood, his life as an engineering student in Ali Garh University and most important transformation of his life towards Path of Self Devotion.

Path to Self Discovery by Baba Ubaid Ullah Khan Durrani (RA) is extracted from a PTV program. Baba Jaan was invited to talk about the topic Self Discovery.

20 April 1979 Mehfil Part 1 & 2 start with the discussion about following topics:

31 Aug 1979 Mehfil starts with the discussion on following topics:

7 Sept 1979 mehfil starts with the discussion on following main points but mehfil is not limited to these:

29 Nov 1979 mehfil starts with the discussion on following topics: